Sexy, alive and supremely confident, this beautiful city gets under your skin. Like Europe with a melancholic twist, Buenos Aires is unforgettable.

BA is an amazing city, and I’m proud to call it my birthplace. It’s an astonishing metropolis that looks a bit like Europe, but with an edgy Latin American twist. Porteños (the city’s residents) are passionate, opinionated and – once you get past their hard-city facade – very friendly. I love walking among them along the busy avenues, taking in the street life and often the craziness that goes along with it. This is a very special place, beautiful in its own unique way, resilient and creative. It’s the kind of city travelers fall in love with, dream about and then move to!

Tango
Argentina’s famous dance is possibly the country’s greatest contribution to the outside world, a steamy strut that’s been described as ‘making love in the vertical position’. Folklore says it began in the bordellos of long-ago Buenos Aires, when men waiting for their ‘ladies’ passed time by dancing amongst themselves. Today, glamorized tango shows are supremely entertaining with their grand feats of athleticism. You’ll also find endless venues for perfecting your moves, from salons to milongas (dance events) to cafes. Just realize that some people become addicted – and can spend a lifetime perfecting this sensual dance.
Food
Fancy some Indian, French, Vietnamese, Lebanese, Thai, Scandinavian, Mexican, Brazilian, Peruvian, Armenian or American during your stay in BA? No problem. But for many travelers, it’s the city’s carnivorous pleasures that shine. Satisfying that craving for juicy steaks isn’t hard to do in the land that has perfected grilling those wonderfully flavorful sides of beef. Parrillas (steakhouses) sit on practically every corner and will offer up myriad cuts, from bife de chorizo (sirloin) to vacio (flank steak) to ojo de bife (rib eye). Vegetarians, you’ve been warned!
Shopping
It’s no joke: Buenos Aires is a shopper’s paradise. The city is laced with shopping streets lined with heaps of clothing and shoe stores, leather shops and nearly everything else you can think of. Large shopping malls are modern and family-friendly, offering designer goods, food courts and even children’s play areas. But perhaps the city’s best shopping is in Palermo Viejo, where countless upscale boutiques live; these offer avant-garde clothing, unique housewares and fun souvenirs. And let’s not forget San Telmo, where antiques aficionados flock; the Sunday fair here is famous and entertaining, and will easily fill up a long afternoon.
Nightlife
Take a cat nap, down your coffee and be prepared to stay up all night – this is a city that never sleeps! Restaurants open at 9pm, bars at midnight and clubs at 2am – at the very earliest. If you’re cool, of course, you’ll show up after 4am and dance till dawn. International DJs are the rage, spinning electronica and house to legions of hip, trendy and well-dressed crowds. But you can also enjoy live music such as rock, blues, jazz and even folk–just remember that you’ll be doing it all very late!

Travel . Tours . Adventure
Introducing Montevideo
The nation’s capital and home to nearly half of Uruguay’s population, Montevideo is a vibrant, eclectic place with a rich cultural life. Stretching 20km from east to west, the city wears many faces, from its industrial port to the exclusive beachside suburb of Carrasco near the airport. In the historic downtown business district, art deco and neoclassical buildings jostle for space alongside grimy, worn-out skyscrapers that appear airlifted from Havana or Ceauşescu’s Romania, while to the southeast the shopping malls and modern high-rises of beach communities such as Punta Carretas and Pocitos bear more resemblance to Miami or Copacabana. Music, theater and the arts are alive and well here – from elegant older theaters and cozy little tango bars to modern beachfront discos – and there’s a strong international flavor, thanks to the many foreign cultural centers and Montevideo’s status as administrative headquarters for Mercosur, South America’s leading trading bloc“* 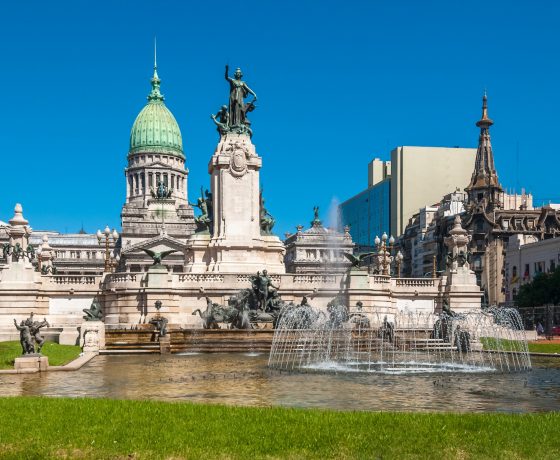 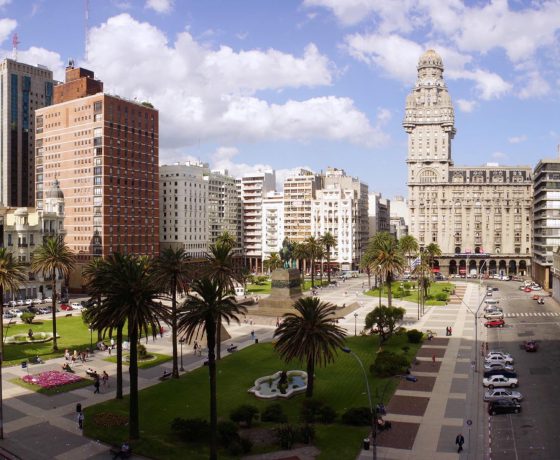 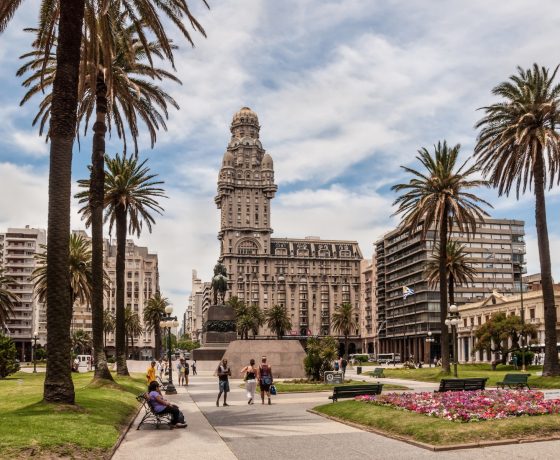 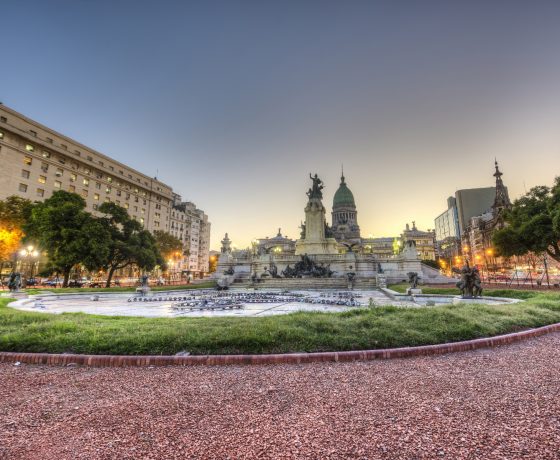